The 2022 NFL offseason will officially begin on March 16 (legal tampering begins on March 14), but free agency talk is already well underway. Veterans with expiring contracts can begin negotiations with other teams on March 14, and that’s not even accounting for the uncertain futures of big names like Aaron Rodgers, who may or may not be back in Green Bay.

As we approach the open market, here’s one stab at where some of the top names could end up, and what kind of money they could fetch in free agency — a look at 25 different potential landing spots for players at every position:

Regardless of whether the Colts replace QB Carson Wentz, they need better pass protection. Armstead is a major upgrade on Eric Fisher when healthy, not to mention a proven locker-room leader. GM Chris Ballard pays up to protect whomever’s under center.

A key piece of the Rams’ Super Bowl rotation, he has the flexibility to be picky at 33, and a big one-year payday allows him a chance to latch onto another contender before re-evaluating in 2023. Baltimore gets itself a plug-and-play No. 1 edge man.

Vic Fangio may be gone, but that doesn’t mean the new regime can’t invest on defense, especially with Bradley Chubb in need of a true pass-rushing mate, GM George Paton flush with cap space, and QB perhaps likely to be addressed through the draft.

A reunion! A-Rob may field equally lucrative offers from splashier cities like Miami and New England, but Trevor Lawrence is an appealing draw, as is the familiarity of Jacksonville. Doug Pederson and Co. give their young QB a true No. 1 to target.

Carolina needs a QB, but unless they land a blockbuster trade, they’ll likely turn to the draft. Priority No. 2 is fixing a porous line, and Scherff, despite injury concerns, is still elite on the interior.

Sticking with the Chiefs would be ideal, but Mathieu gets a pay raise and a chance to play under Ron Rivera here, while Washington gets a huge upgrade at the back end of a leaky secondary as it looks to return to contention.

GM Howie Roseman sees the potential for Malcolm Jenkins 2.0 here, scrapping the Band-Aids at safety for a durable long-term center-fielder. Williams, meanwhile, gets a payday that would’ve been more difficult in New Orleans.

Assuming Mike Williams returns out wide, Justin Herbert already has good weaponry. Gesicki, however, gives him a third big-time outlet in the passing game. The Chargers have cash to spend. Why not keep building around your star QB?

With lots of money to play with, the Jets get Robert Saleh a real long-term answer in the secondary, instantly improving their pass coverage with the Bucs’ tag candidate. Davis, 25, cashes in while getting the Big Apple spotlight.

Gregory’s got an off-field and injury history, but that’s not stopping the Seahawks. In dire need of a disruptive edge presence, Seattle bets on the Cowboys star’s rising talent while reloading for at least one more Pete Carroll-Russell Wilson run.

Trevor Lawrence needs weapons of any kind. Schultz gives him another. Removed from the Cowboys’ offense, he may not be as lethal, but new coach Doug Pederson has relied heavily on tight ends before. He pays up to get his QB another outlet.

It’s a steep price tag for a 30-year-old center, but Jensen was a nasty bodyguard for Tom Brady, and that’s exactly what the Bengals should want for Joe Burrow, especially with cap space to spare.

Since the loss of Henry Ruggs, the Raiders have sorely missed a steady deep threat for Derek Carr. Chark has plenty to prove after an injury-marred close to his Jaguars run, but he pairs nicely with Hunter Renfrow in Vegas.

Maybe one of the most undervalued free agents of the 2022 class, Reed is just 25 and fresh off 1.5 seasons of top-notch corner play. San Francisco brings him back to its needy secondary under ex-Seahawks assistant Nick Sorensen.

Call it an incentive-laden deal, considering Gallup is coming off injury, but it makes sense for both sides: the cap-laden Browns improve a mostly barren receiving corps, while Gallup gets a chance to be an unofficial No. 1 before re-entering the market.

Indy needs pass-catching help, no matter how much GM Chris Ballard preaches patience with Parris Campbell and others. Valdes-Scantling gives them a true field-stretcher to pair with the more well-rounded Michael Pittman Jr.

Jameis Winston offers more upside but figures to get some looks elsewhere. Teddy, meanwhile, is the perfect stopgap for them: he knows the system, plays it safe, and can easily slide into a backup role if/when they land a successor.

Hailing from a bad Bears O-line doesn’t necessarily make him a hot name, but Daniels is young (24) with a solid resume at a spot of dire need for Miami. New coach Mike McDaniel gets an instant upgrade up front as he looks to build out the run game.

An underrated, ascending piece of the 49ers’ defensive line, Jones gives the Chiefs another big man to plug in alongside Chris Jones on a defensive front that underwhelmed down the stretch in 2021. Steve Spagnuolo covets a stronger front.

Gerald Everett was a fine outlet for Russell Wilson in 2021, but Ertz proved — right in front of Seattle’s eyes in the NFC West — that he’s still a top-10 starter when healthy. Ertz moves farther west for one last run with an elite QB.

Pittsburgh isn’t typically keen on splashy moves for older free agents, but Bozeman is only 27 and fresh off a career year as the heart of Baltimore’s line. No matter who’s under center, they need to shore up the trenches.

Converting to a 3-4 defense under new coordinator Ed Donatell, the Vikings welcome an NFC North rival who can plug the gaps — and just so happens to have a Pro Bowl history alongside Donatell from their time in Chicago.

Mike Vrabel likes the tough guys, and Gronk’s personality fits right in. He brings pop as both a blocker and pass catcher, giving Tennessee a quick fix at a position of need. The one-year deal allows Gronk to ride into the sunset in 2023, if he chooses. 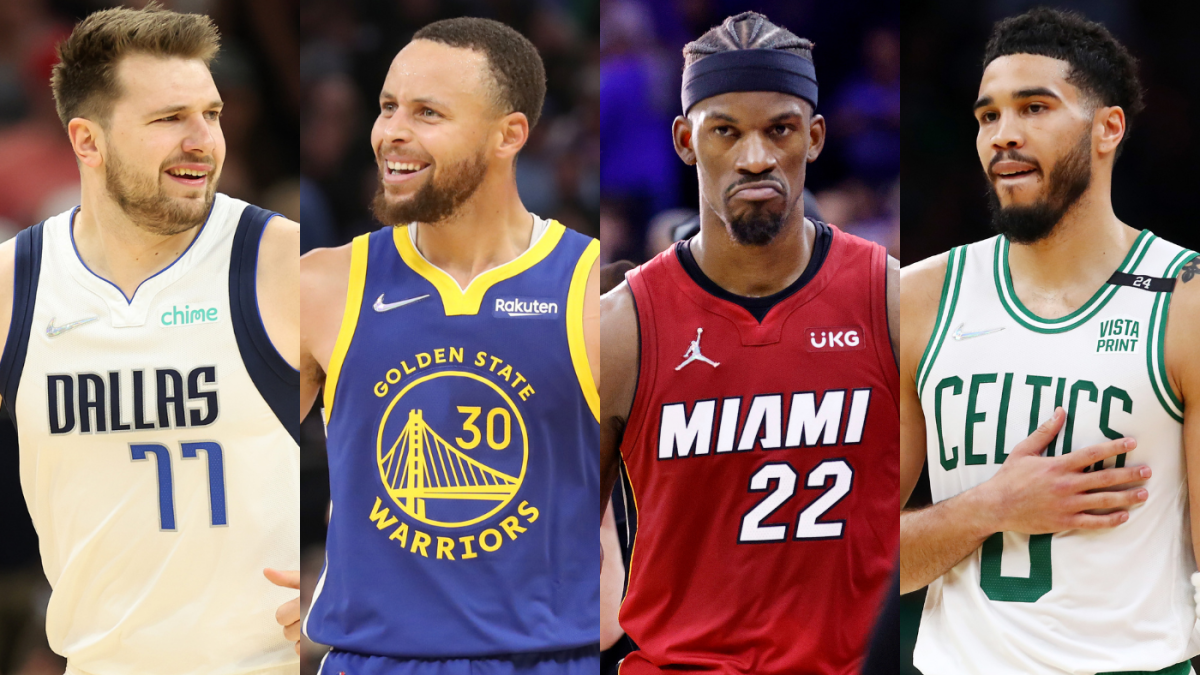 NBA predictions: Expert picks for Warriors vs. Mavericks and Heat vs. Celtics in conference finals